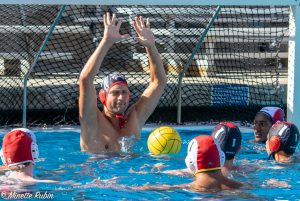 Hi Michael, just wanted to drop you a note. Jacob played 5 games this weekend in the futures league. It was the best performance I have ever seen him play. Not just one game but all 5 games. He even made 2 shots on the opposing goal who came out too far – he scored both of them. He did great because of his positioning, hands , stepping, hips, – everything you have been working on. Can’t say thank you enough- A huge confidence builder for him. – Jason Pyle

Thank you Michael for today. This is the 1st time anyone has reviewed video with Lauren. She has never even cared to watch herself play before… It was great you were able to show her exactly what she needs to work on to improve. Thanks again.- Caroline Schneider

Thankful that she has been working with you. It has made a difference!! – Lori McClaskey

Hey Mize. Just wanted to thank you again. Luc had the best tournament in his life. He has made big strides in just the 2 times you worked together. He faced over 200 shots in the 8 games they played. He actually saved 5 of 6 Five Meter shots in the tournament. Prior to this he had not ever saved 1. Looking forward to getting him back with you in September. – Lance Giroux

Thank you for everything Mize you’ve done so much for me and I’m thankful to have a great coach like you! I don’t have a signing picture yet but I’ll make sure to send you it as soon as I do! – Eric Hubner